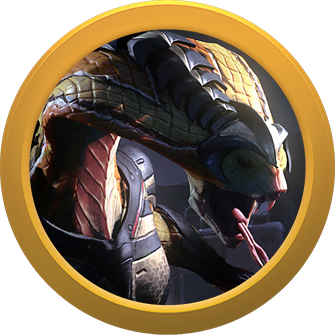 Winning an e-tournament is not a cakewalk an individual should be more than talented and dedicated to win these games. The prizes are also comparable to the dedication of the players as in winners of DOTA 2 in 2011 tournament received 100 million dollars and the StarLeague Starcraft 2 tournament winners received around $100,000.

Some of the brands also promote corporate sponsorships like Intel, Steel Series etc. These companies in the past have sponsored many people.

If we search in the famous channels for broadcasting we will find that Pew Die Pie is one of the famous channels in the world. People love to watch games online is proved by the fact the channel has more than 220 followers and is a 24 old video gamer

Walk-through videos are also very popular as people see the experts are helping them to solve the tricky level of games. Many gaming websites are also happy with these people who are uploading their game videos on channels and are not claiming or having any copyright issues with them. You can also use the Twitch services to broadcast and make money just like YouTube. Twitch has challenged the users of Facebook and by diverting the internet traffic.

The games like Worlds of Warcraft where the characters can build up various abilities like weapon skill as you go on playing the game. Game characters can be sold in ranging from pounds to 10,000$.

eBay no longer provides you with this facility, but the websites like Armory Bids and Playerauctions have these accounts now too.

4. Spread and sell your knowledge:

It’s not very popular, but you can write about the games like World of Warcraft or MMO and spread your knowledge. There are websites like Killer guides and some freelancing website like up work and Elance, etc. you can write an e-book for them and their clients and sell them.

A person whose heart and soul is in games can start his own blog where he can share his daily experiences and let the world know about it. The gamer can earn lots of money from their blogs.

You can also post videos on YouTube and earn monetary benefits our of it. Moreover, you can start your own channel on YouTube and make your viewers know about the games. The YouTube has recently restrict the gaming videos according to them, videos which are showing the user playing the game will not be monetized, if the video will be having some education of the game and the running commentary of the game will only be allowed to monetize.

You can undoubtedly make money through various virtual characters from the games like the World of Warcraft and Diablo 3. Diablo 3 becomes famous as it gives of the options to sell virtual gold you have earned in the game.

There was a Reddit user named has claimed and shared his PayPal account displaying the transfer of 10,000 $ in his account legitimately. The user has claimed about that, this is the first time, he hasn’t received anything before this transaction.