You’ve probably heard some of your friends mention it all the time, and if you’re on the internet it’s most likely that you’ve stumbled upon hundreds of people talking about “LoL”, but what is this League of Legends so many people talk about? If you’re wondering that chances are you’ve been leaving under a rock for the past eight years.

League of Legends, or simply “LoL”, as it’s commonly abbreviated, is one of the biggest multiplayer online battle arena (or MOBA, for friends) in the industry. In this game you control a character, or “champion” as they’re called in the game, and team up with other players against the enemy team. The goal is to destroy the other team’s Nexus, which is pretty much the core of their base.

What exactly are League of Legends Champions? League of Legends Champions are only another word use for a character. Each champion has its different set of abilities and role inside a team, so the team must keep good communication in order to stay organized and defeat the opponent team. The characters usually start at a basic level and they get stronger as players collect items and experience, of course this is restarted every match, meaning that you always start from zero, making it a most fair way of fighting. Another interesting thing about the roast of characters is that it is always expanding, introducing new characters every now and then, bringing new life to the game and giving you a chance to experiment new ways to play it, create new strategies, build a better team and overall have a lot more fun!

You can play it online or against bots (computer controlled characters), however if you’re playing online you can join the ranked matches, what are these? Basically, they check your record and experience and put you in an online match against players of your similar skill level, giving you great and fair matches. Building the hype for you to compete your way to the highest ranks, creating strategies and challenging your friends, teammates and yourself as you fight your way to the top. To play League of Legends is also to join the biggest online gaming community in the world, this ensures that you will meet people from around the world, make friends, exchange stat and as mentioned before, generally have a good time.

Or, if you want to step up you gaming to the next level you can give the eSports a shot. Since LoL’s community is the biggest in the world, it also has a huge feed on the eSports scenario. Get good enough to compete in professional matches, join a team and challenge the best of the best in global tournaments that bring people from all over the world together to enjoy a great match. If you get good enough, you can actually win huge monetary prizes in these competitions! Imagine that, making money out of playing an amazing game? What could be better?

Even though the online competition is most likely the most attractive aspect of LoL, gamers will find that the game has a rich and entertaining plot, where character have ling backstories and interactions between themselves, making it a more immersive experience into a new world.

So, if you want to have a great time, make some cool friends, compete in the biggest gaming community in the world and again, have a great time, join League of Legends, you can even download it and play it for free so, what are you waiting for? Adventure awaits! 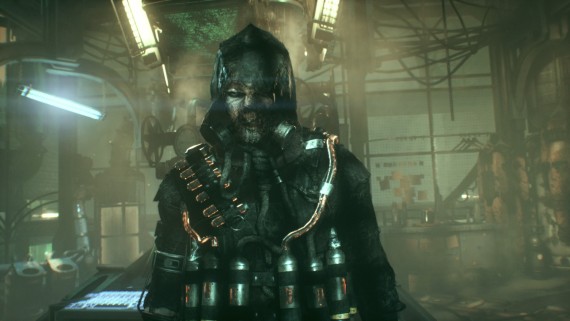