Editor’s note: We’actu sorry to advise that Eliot appears to have fallen by way of some sort of wormhole when this line was due. Why not a portal; it’s not easy to be sure. We would head out look for him, but he’s a big person and can probably take care of himself. Heck, he’s probably back previously as if?nothing at any time happened by the time you’lso are reading this, and even in case he’s not, we’re also pretty sure it’s very good.

His unexpected portal getaway did leave us without having a column today, nevertheless fortunately, due to so complicated events that don’testosterone levels make a whole lot regarding sense, we were able to use the same portal-thingy to steal an alternate Eliot’s order about the history of World connected with Warcraft that is probably very similar to our personal history. Or not. I can agree that it’s readable and we’ve bought something to read. Enjoy yourself! 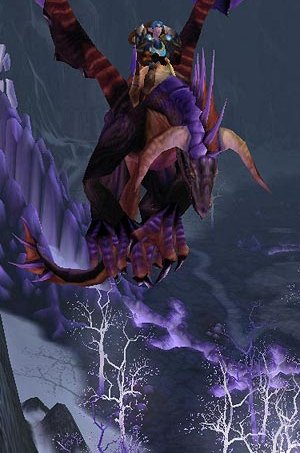 Here we are, knee-deep in the ready period before the up coming World of Warcraft expansion, and that i have to admit in which I’m really looking towards Deathwing torching the world.

We know that the actual plans for Cataclysm have been rumbling along for a while; when Wrath of the Lich King was all in all, the design teams received two expansion options, and they went to the full-scale demonic invasion of Legion. At the time, I was a bit wary of it simply because it seemed like it risked shoving all from the game’s good ideas out of the door in one burst. Initial we dealt with your Lich King, then together with the Legion? Who’s destined to be left to fight?

Legion, in the long run, was a transformative extension in a lot of ways. For one thing, it stepped up the overall game from WOTLK by adding not merely one but two new courses. Demon Hunters took off pretty quickly, but Bards struggled until these folks were unshackled from the guitar side-line toward the end of the rise cycle. It makes Warhammer Online‘utes addition of the Steel Thrasher class with additional oral, drumming, and bass add-ons seem even more strange, but that’s an additional story altogether.

More importantly was Legion‘s inclusion of yet another raid mode while using five-person size, which gave the impression to have its?cardiovascular system in the right area, but the execution ended up being lacking. Being able to only queue up for a five-person run was pleasant, but the raiding format regarding slow progress in no way really fit the actual five-person dynamic. It also meant that the theoretical “top end” of 25 people has been ailing for a long though, starting a long pattern of raids that have evidently been designed for smaller sized groups that clearly just have their health in addition to numbers cycled up.

But by and large, Legion was a success. It was solid, that it was fun, and it got notice of the things that folks enjoyed about the endgame associated with WotLK by emphasizing smaller sized content and flexibility throughout taking on raids. Some people lamented that it was a bit too simple, but easy and fun is better than difficult content not a soul ever sees, correct?

Unfortunately, the next expansion was far from a extension of form. The debates about whether or not Emerald Nightmare killed WoW were always pretty boring, but it was the very first expansion to see a serious drop in subscriptions. I used to be one of the people quarrelling that it just didn’big t have enough to justify an entire expansion, and time kind of proved me personally right on that one.

To always be fair, the lore was interesting. Getting two new competitions in the mix was fun, with Goblins signing up for the Horde to clam unspoiled resources and also the Vrykul joining the Coalition just to pit them selves against new issues. The starting encounters were fun, as well, even if almost all of the storytelling inside the expansion focused on the particular Vrykul and completely overlooked the Goblin plotline. But this would kick off a problem that were running during Legion and merely came into the focus the following – everything, everything focused all-around freaking Night Elves.

These days to weeks people get twitchy just mentioning Night Elves mainly because almost every plot may seem to center around them along with their main characters have turned into paper-thin pastiches. It was negative enough when Malfurion started to be head of the Nighttime Elves in Legion, but when we all found out that he has been corrupted as the last boss of Emerald Nightmare, a lot of people just sort of updated out. Tyrande, meanwhile, was off leading Elune-worshippers simply to show up at the last second to kill the woman’s boyfriend. It was ridiculous, and the few exciting Night Elves in the batch like Maiev and Shandris merely sort of sat in the background.

Furthermore, it meant that the actual Horde increasingly thought like the unambiguous good folks. It got and so bad that Jaina had been more or less palling around with the Horde full-time in the extension. It just made up for that fact that everything in the actual Emerald Dream ended up being more or less a sequence regarding colonies and very finely veiled references to European colonization.

That’s without stepping into the whole absurdity of how this five-person raid size continued, together with raids now essentially getting glorified dungeons that made even ten-person format feel unnoticed. Unified reward motion based on currency had been entirely a good thing, but merely scaling up dungeons didn’testosterone levels make them more interesting.

Fortunately, Legends of Pandaria was a get back to form and far much more interesting than I did expected. It would are actually really silly to take some sort of half-step back to form then totally abandon the item. Not to mention that the Pandaren’ersus dual-faction nature led to the complete faction-switching quest line, due to the fact any arguments concerning preserving racial silhouettes simply sounded silly as soon as one race could belong to both factions at the same time.

Splitting off 25-person raiding once again was a good thing, although net result was that the expansion launched using its challenging raids and then never ever produced any more, adding a token “Mythic” mode delayed in the game to keep equality with dungeons. Monks were being fun to play since, although I’m even now upset that Vrykul can’t be Monks. Most likely one day. Above all else, the actual examination of Pandaren culture along with letting their disputes take center stage rather than serving as just a backdrop it really is the stuff that gambler characters had been handling in previous expansions meant that we could really enjoy and examine. The whole thing was kind of hijacked with Cho’gall as the closing boss, though.

Ultimately, however, the game has kept remarkably true to the actual roots of what causes it to be popular, emphasizing the idea that people like taking part in in smaller groupings and running content material recreationally. I know there are those people who are worried about how many Circumstances we’ve gotten through the last couple of expansions, but they certainly seem to be popular. Reliable sites have them at nearly a 80% crystal clear rate, and why spend a whole bunch of layout resources on content without that much presence?

I’m excited to determine what happens in Cataclysm, with all the promise of new national variants like Wildhammer Dwarves and all the Tauren offshoots. I’m looking forward to participating in a Gilnean Worgen (although I wish they’d stop modifying the male model after they settled on the sleek-looking ladies ages ago) and the Horde’s freaky bipedal Naga. And often I wonder what a world would look like having Cataclysm as the third expansion… although I’m pretty sure it could still be great.